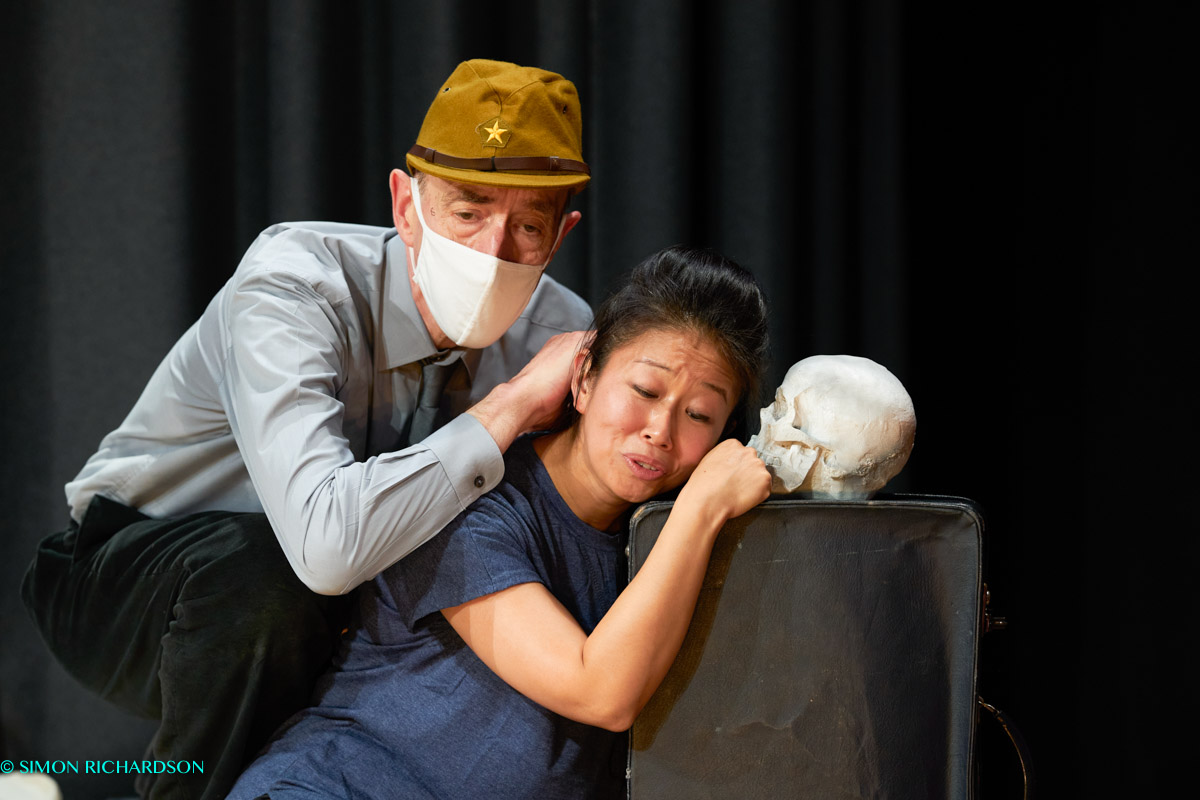 Michael Mears’ new play THE MISTAKE comes to London in the New Year.

At the Edinburgh Fringe Festival this August we premiered my new play THE MISTAKE, about Hiroshima and the first atomic bomb, and its subject matter sadly remains as relevant as ever. This is a brief description of the play…
1942. On an abandoned squash court, a dazzling scientific experiment takes place that three years later will destroy a city and change the world forever. Two actors, one British, one Japanese, explore the events
surrounding the catastrophic ‘mistake’ that launched our nuclear age.

Interweaving the stories of a young woman in war-time Hiroshima, a brilliant Hungarian scientist, and the American pilot who flew the plane that dropped the bomb, THE MISTAKE is a powerful drama that confronts the dangers that arise when humans dare to unlock the awesome power of nature.

The play is performed by myself and the talented young UK-based Japanese actress, Emiko Ishii, and can soon be seen in London.

From Tues. Jan. 31st to Sat. Feb. 4th, for one week,
THE MISTAKE will be at the ARCOLA THEATRE, Dalston.
24 Ashwin Street, London, E8 3DL. 8pm each evening.
There will be a matinee performance as well on Sat. 4th, at 3pm
and a Q and A on Thursday 2nd Feb. after the performance.
(With Kate Hudson, CND chair, taking part.)

★★★★ ‘The past comes alive – a gripping piece of storytelling’ (THE TIMES)

★★★★★ ‘I was genuinely blown away by this production. A dramatic treat. (UK THEATRE WEB)

★★★★ ‘A powerful examination of humanity in the wake of Hiroshima.’ (THE LIST)