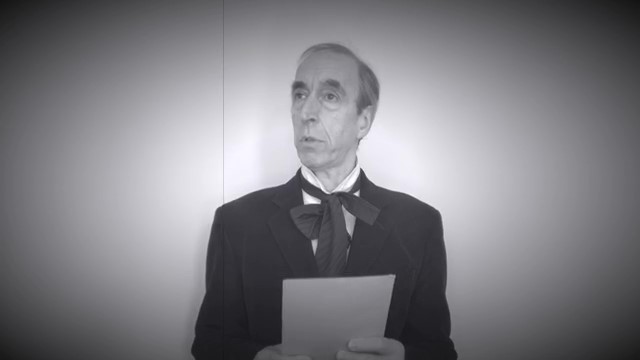 THIS EVIL THING, written and performed by Michael Mears, is the compelling and inspiring story of the men who in 1916 said no to war; and the men and women who supported them; involving a gripping journey from a chapel in Yorkshire to the House of Commons; from an English country garden to a quarry in Aberdeen; from a cell in Richmond Castle to a firing squad in France.

Since its world premiere on the Edinburgh Fringe in 2016 THIS EVIL THING has been performed by Michael over 100 times in the UK and in the USA.

He has now made an online version of the play during lockdown, filmed in his own 2-bed flat in Wandsworth; and Riverhouse Barn Arts Centre will be streaming it in 6 x 15 minute daily chapters, starting on 9th July at 7:00pm.

Go to https://riverhousebarn.co.uk/this-evil-thing/ for more info and where you can register to receive a reminder email and a direct link to the YouTube premiere. There will be a Q&A with Michael at 7.30pm on July 14 after the final episode.