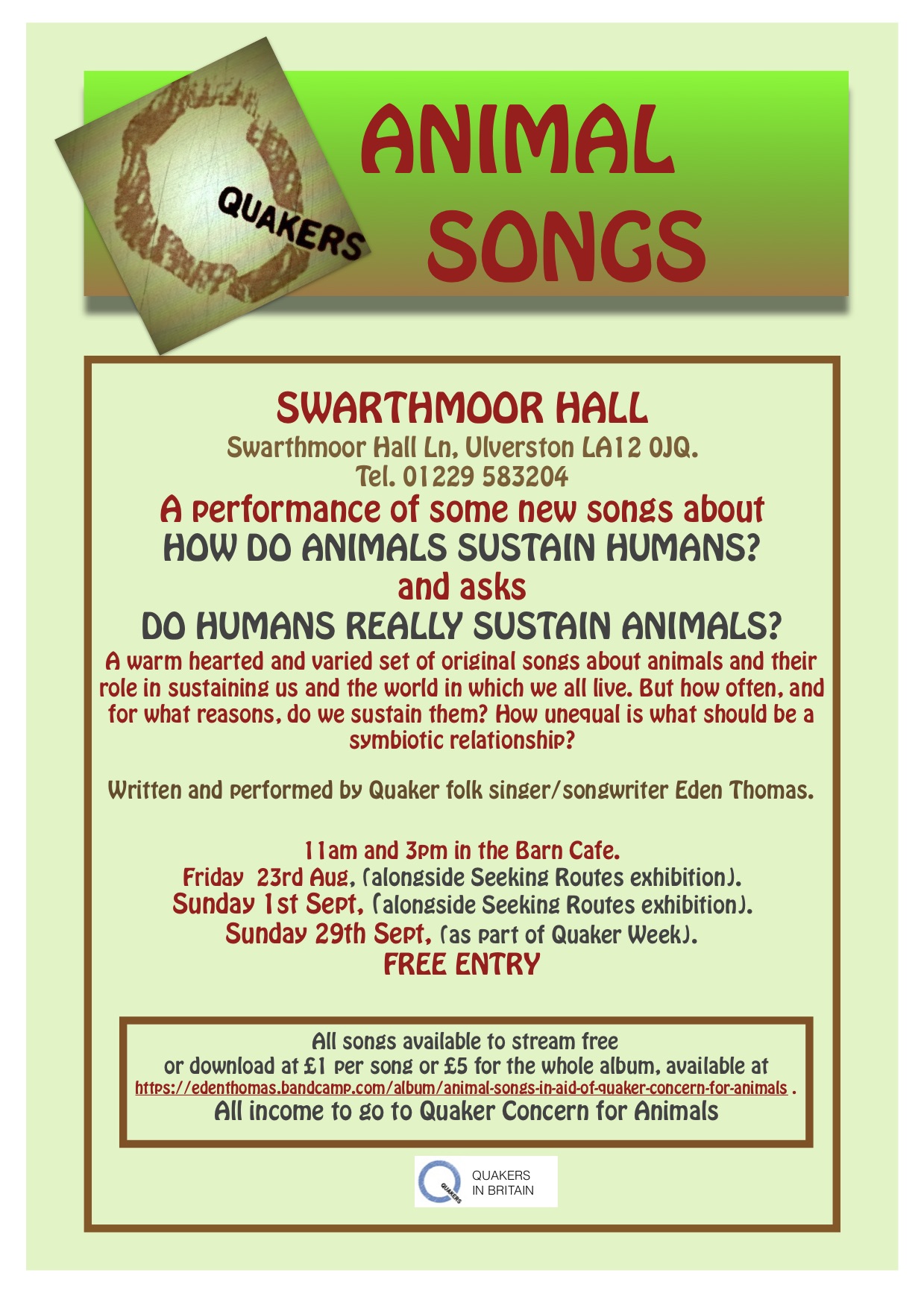 A performance of some new songs about
“HOW DO ANIMALS SUSTAIN HUMANS?”
and asks
“DO HUMANS REALLY SUSTAIN ANIMALS?”

A warm hearted and varied set of original songs about animals and their role in sustaining us and the world in which we all live. But how often, and for what reasons, do we sustain them? How unequal is what should be a symbiotic relationship?
Written and performed by Quaker folk singer/songwriter Eden Thomas. Repeated at 3pm